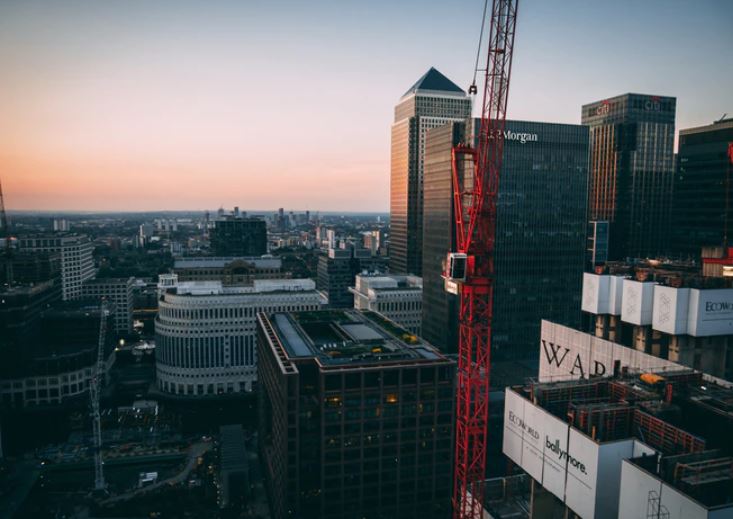 An unwelcome milestone of sorts – 300 people including commodities traders at the offices of Chevron Corp in Canary Wharf have been asked to work from home after an unnamed employee came down with “flu-like symptoms” after visiting a country infected with the coronavirus.

The employee in question hasn’t definitely got the coronavirus – he or she is being tested – but there’s presumably some reason why this isn’t being treated as a typical seasonal ailment. If the test comes back positive, it could be the start of more cases for London's Canary Wharf, which the Financial Times notes has a daily working population of 120,000 people and some very busy train stations.

Really, though, even if this turns out to be a false alarm, it’s just a matter of time.  With Milan taking public health precautions and new cases showing up all over the world, it seems like a good moment to be thinking about the possibility of a general shutdown in London and New York.

Interestingly, this isn’t really the typical “business continuity” scenario which banks plan for.  Most people working in sales and trading will be at least dimly aware of the existence of a disaster recovery site, and some of us might even have visited one, to smell the pristine carpets and congratulate the operations people for being so diligent.  But the sites are meant to be places that the people can go to in case of a terrorist attack or natural disaster, and carry on trading in a rough replica of their normal workplace.  What do you do if the trading floor is OK, but the people can’t be brought together?

The answer seems to be, for both Chevron and a number of Asian firms, that the employees will have to work from home and use a lot of videoconferencing.  Some of the less trusting souls in senior management might find that quite hard to bear (particularly after bankers 'working from home' in Hong Kong posted photos of themselves hiking in the mountains). Indeed, for the first few days, Coronavirus could be pretty good news for dry cleaning, small DIY tasks, pedicures, nice cafes near the school run (presuming that schools are open) and other broadly acceptable perks of the job to which bankers might help themselves to given the opportunity.

However, if the problem hangs around for longer than a couple of weeks, there’s an opportunity to reshape the way the banking industry works.  In an industry that’s desperate to cut costs, there’s no real enthusiasm on the part of top management to be spending a huge amount of money on real estate costs every year. It’s always been assumed that the only way you can deal in securities is to have a huge open-plan floor, preferably with a high ceiling, so everyone can sit within sight of their colleagues.  If the coronavirus experiment were to prove that this isn’t necessary any more – that chatrooms and messaging apps can replace the desk banter and coffee conversations, with significantly easier compliance monitoring – then we might see the whole industry reorganised over time.

Elsewhere, the headwinds facing banks are real – the virus has shut down Asian deals, the stock market is falling, and so on. Even so, JP Morgan is suggesting that “mid-teens” gains in trading revenue may be possible when it reports Q1 results, while RBC (which has a different year end) recently reported an 82% increase in Q1 investment banking income and 21% increase in trading revenue.

It’s true that Q1 19 was a bit of a quarter to forget for JPM, and so the basis for comparison is a bit easier than at some other banks.  But, JPMorgan said yesterday that even comparing this year with the average of several previous years then Q1 20 trading revenues are up significantly. Obviously, the last month of the quarter could still knock things off, but it doesn’t seem right to be too pessimistic. The year has started well on trading floors. If the Coronvirus doesn't scupper things we could even see some hiring.

Goldman Citi and Credit Suisse are curbing staff trips to Italy because of the virus. (Reuters)

European corporate bond issuance is down to a trickle on virus concerns. (Bloomberg)

Despite the stories about the succession plan starting and the renewed efforts of Edward Bramson to get his views across to the board, Jes Staley has reassured an all-hands meeting of the corporate and investment banking division that he won’t be leaving soon.  Presumably he was speaking from the heart, as any PR advisor would surely have reminded him that “I’m going nowhere” has a double meaning and isn’t necessarily the most optimistic way to express the sentiment. (Financial News)

Stepping up to the plate at the bottom of the ninth and hoping to hit it out of the park?  American CEOs certainly love their baseball metaphors on conference calls, although many of them seem to be quite hazy on the rules of the game. (WSJ)

The company behind “K-Pop sensation BTS” is having its IPO, with an unusual risk factor – the seven members of the mega-selling boy band are all in their twenties and Korean, so at some point they will have to do military service.  JP Morgan is in top left position, although no word if anyone broke into song and dance routines to help their pitch. (Channel Asia)

An in depth longread on Aladdin, the Blackrock database used by almost every big fund manager for the back end of their risk management. (FT)

The run of bad luck for the UK’s Financial Conduct Authority continues – they have had to report themselves to another regulator for a data security breach that left thousands of complainants’ personal details exposed. (Financial News)

Howard Marks of Oaktree has advice for Mike Bloomberg, although strangely he chooses to give it via an interview with Mr Bloomberg’s news service rather than an email or a chat or something.  He was also looking at an anti-tax teapot (Bloomberg)

Goldman Sachs is still going for it in Dallas. It already employs 2,000 people there and wants to add 43,000 square feet to its Dallas offices. (Dallas Morning News)

China has got a sort of virus Grindr which offers alerts on your phone when virus sufferers are in the area. (Bloomberg)

Photo by Matthew Foulds on Unsplash